Published 07/03/2016 | By Joe
A charity football event and family fun day held at the Acklam Green Centre and organised by sfatt members from Middlesbrough based housing group Thirteen has helped raise much needed funds for local children's charity Zoe's Place.

The event which featured stalls, activites, a toy tombola and a  charity football tournament which showcased the skills of Thirteen's Grounds Maintenance Staff. The event was well supported by people throughout Teesside and the organisers would like to run more charity events in the future. If you would like to hold your event at the Acklam Green Centre get in touch with our friendly team or pop in for a coffee and a look around!t 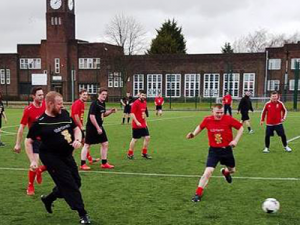